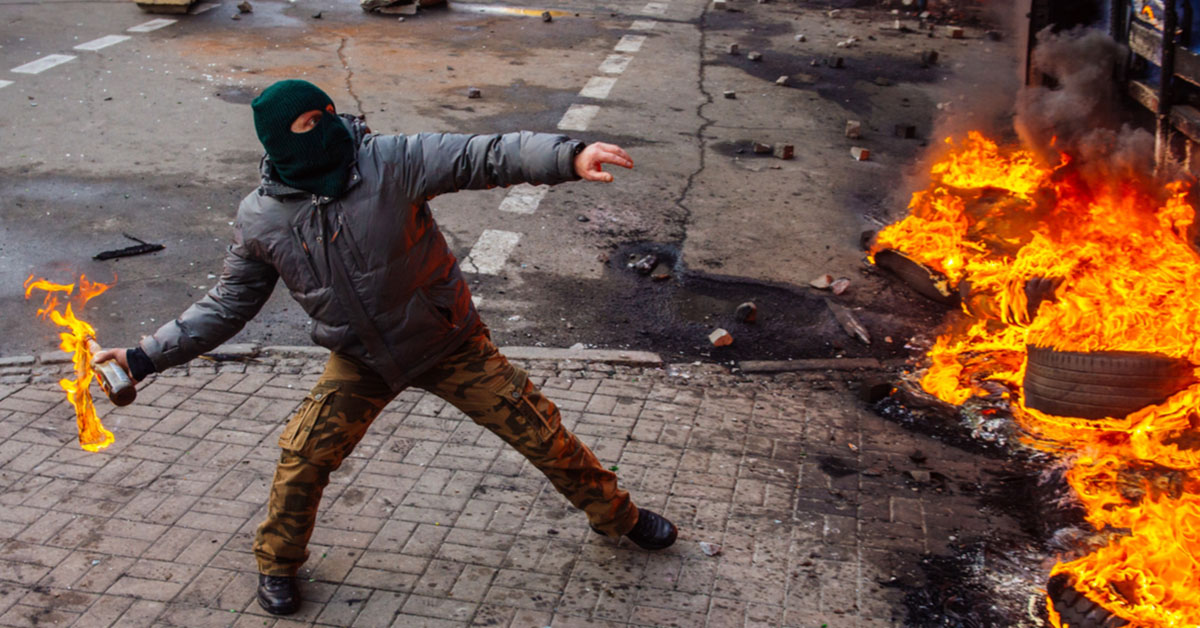 By 2023, America is reminiscent of 1930s Europe. A long economic depression takes an enormous toll on the country, and the society fragments and divides.

Many hoped that by the summer of 2020, the virus will be under control and the economy will start its recovery; however, the autumn wave of the virus is even more deadly than the first and lasts through the winter. An antiviral treatment remains elusive, and the vaccine takes longer to develop than expected. All throughout 2021 there are different waves of the pandemic. The recurring waves prevent the economy from recovering, with staggering unemployment continuing through 2021. Roughly one in five Americans is looking for work, and salary levels are plummeting. This cycle continues until the vaccine is finally confirmed and available in 2022.

Before losing his re-election bid, President Trump tries to jumpstart the economy, but that produces staggering amounts of debt, and America’s economy is now structurally weak. The transfer of power to the Biden-Harris ticket takes place.

In the fall of 2020, we see the beginning of a wave of political violence that will engulf America. Far-right movements refuse to acknowledge the authority of the federal government, while popular discontent with the economic situation gives rise to violent socialist protests, which demand a redistribution of wealth. The government tries to navigate a middle way; while immigration remains closed, universal health care passes. An enacted fiscal reform measure heavily taxes the wealthy, but that fails to curb the growing deficit.

The field of artificial intelligence fares relatively well in the crisis, as more technological tools develop for remote learning, health care, and retail businesses. Throughout 2021, technology companies prevent an even more severe slump of the Dow Jones.

Urban violence and fear of contagion spurs many who have the means to, to move to the suburbs. The rich live in gated communities with private security, education, and sanitation services. The urban resurgence of the last two decades is halted and reversed. Remote work becomes the norm, even during waves when the virus is under control, further exacerbating the geographic divide between urban and suburban populations.

After the long months of isolation, many people feel a greater appreciation of family, seeing their homes as refuges from the uncertainty of the outside world. However, the prolonged economic crisis puts families under great stress, and resulting psychological illnesses become more pervasive. In this context, people resort to faith communities for spiritual, social, and even financial support. While the broader society faces dissolution, smaller communities thrive as they become a haven and a refuge in an uncertain world. Many compare the situation to that of the early 1900s, when mutual aid societies mushroomed. More and more people rely on credit unions and cooperatives instead of big banks, which are widely viewed as being predatory and unfair.

Some communities see their world upended by Covid.

There is also a flood of experimentation in new forms of social organization. Urban communes and agricultural cooperatives emerge. These groups provide both well-being and meaning to growing numbers of Americans.

Travel remains rare, and few Americans can afford it. The new American Airlines, which was nationalized by the government after the collapse of the industry, offers subsidized travel, but there are not many takers.

During the Covid crisis, the education sector transforms. By the 2022 academic year, enrollment in residential colleges has plummeted to 40 percent of the 2019 level. Commuter colleges and online education soar, and 85 percent of students attend state schools.

While everybody suffers in the crisis, the depression disproportionately affects the poor. Despite the new government’s redistributive policies, economic inequality keeps growing as the wealthy can better protect their assets and income.

The midterm elections of 2022 see the rise of both the far left and the far right. “Proud Christian Nation” and “Socialism and Justice” rhetoric monopolizes the debates, which often erupt into arguments and fistfights.

2023 is reminiscent of 1932 Europe. Many see democracy as incapable of solving America’s problems and instead turn to totalitarian options. In spite of, or perhaps because of this, there is a political excitement and “revolutionary energy” not seen since the 1960s. Generation Z, whose dreams were obliterated by the depression, leads the charge in demanding change, but without moderate leaders, protests turn violent and even deadly.

At the same time, moderates are not hopeless. A new centrist party is starting to emerge as an alternative in the 2024 elections. While at first this “third way” fails to excite the masses, more and more people coalesce around its ideas.