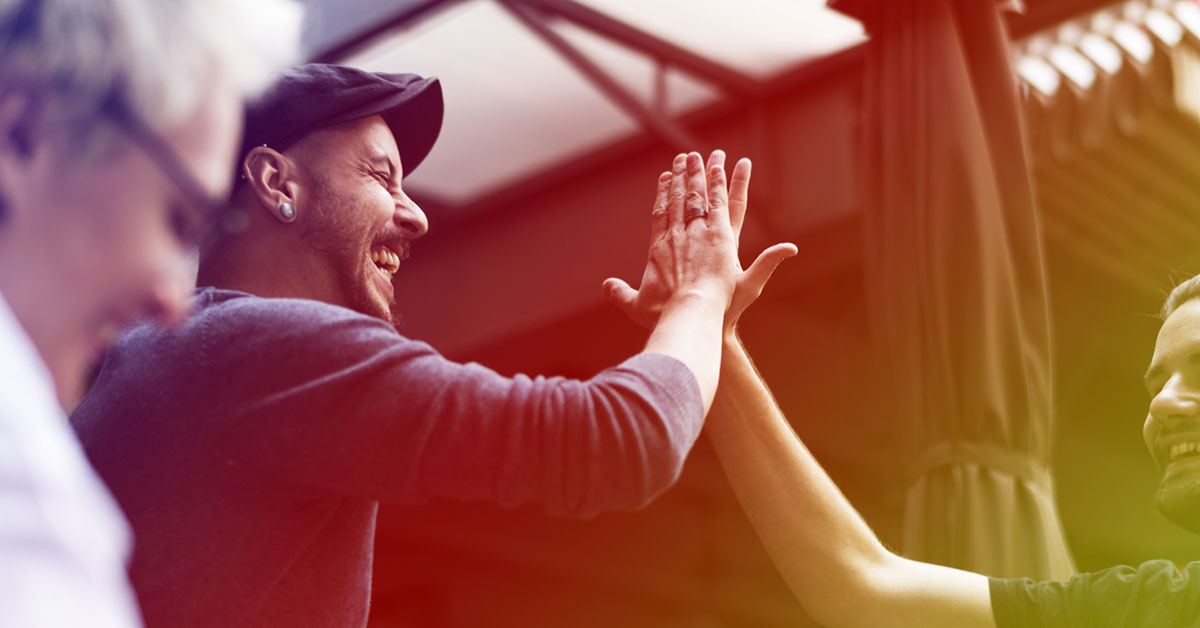 By 2023, America is experiencing a mini golden age. Not only has the economy bounced back and surpassed pre-Covid levels, but also the polarization and inequalities of the society have diminished markedly. Americans enter this new year with a booming economy and a healthier, more cohesive society than three years earlier. In May 2020, at the height of the Covid pandemic, it would have been hard to foresee this situation, but the world got a lucky break.

The Jenner Institute in Oxford (a nonprofit vaccine research facility) starts human trials in its Covid vaccine. Some drug companies, subsidized by governments, take an enormous risk and start producing the vaccine before the tests are finished. The vaccine works, and, thanks to that foresight, vaccinations start in earnest in the fall.

With the vaccine’s success and smart social distancing protocols, the feared “fall wave” of COVID is minimized. This result ushers in a new era of inter-sector cooperation – specifically among the nonprofit, corporate, and governmental sectors.

With the prospect of a return to normal, a timid economic recovery starts in the fall of 2020. After the election, smart combinations of government support and risk capital manage to shore up big business. In some areas of the economy, the recession hits a “reset button”; distortions in some prices, from oil to big-city rent are corrected. America is collectively poorer but, paradoxically, the recession reorganizes part of the economy and makes it more efficient. Despite the mounting debt, there is a solid base on which to rebuild.

By March of 2021, air travel is at 65 percent of pre-Covid levels. It takes until December to return to the pre-Covid mark, but that reflects not just the recession, but the fact that the expansion of remote work has made business travel less necessary.

By mid-2021, American optimism returns. The economy is not yet at pre-Covid levels, but people feel that “we vanquished this together.” The pandemic is seen as a great equalizer, and people feel a sense of kinship and common destiny with their fellow Americans. The pandemic also has quieted some of the most furious disagreements in American society. The recognition that immigrants make up 30 percent of health care workers tempers hostility toward immigrants. The discussion around “less or more” government is obsolete, as it is now obvious that the private sector and government both need one another. The need for universal health care, adjusted to the particularities of the American capitalist system, is widely recognized and there is little opposition to a Booker-Romney health care bill doing just that.

In September 2021, a bipartisan “Rebuild America” program starts to update the country’s aging infrastructure. The program is a big provider of jobs and helps push unemployment down to 7 percent. People joke that it does not seem to matter who is in the White House, because all major legislation is bipartisan.

The increased national spirit, however, does not mean increased xenophobia. Americans recognize that effective international cooperation conquered the virus, and international organizations regain some of their former luster.

Many people had started to move to the suburbs at the height of the pandemic, out of fear of disease and mounting crime, but by the end of 2021 that trend starts to reverse. When urban real estate prices plummet, American cities become younger and “cool.” However, the youth of 2022 is different from that of previous years. Everybody has been forced to confront the possibility of death, and that has made people less frivolous and more intentional. Generation Z leads a cultural and artistic renaissance that deals with transcendental issues and becomes a way of expressing the anxieties and hopes of the time. As David Brooks writes: “After the Black Death came the Renaissance, and after the Spanish flu, we had the Roaring ‘20s. Now we have the Great Renewal.” American cities are the center of that renewal.

Attendance at religious services dwindles. On the one hand, the success of science in the fight against Covid creates a backlash against organized religion which is seen (in most cases wrongly) as obscurantist and anti-science; on the other, people now have different ways of expressing their spirituality – mainly through art. In the Pew report of September 2022, the number of “Nones” (people of no religion) has grown to 35 percent of American adults. The fact that people feel a greater sense of kinship with the country as a whole suggests that ethnic, cultural, and religious identities will weaken.

The family unit was strengthened during the pandemic, but it is now weaker than ever. People feel they have been confined enough and now want to be out in the world. Children leave home as soon as they can, and adults go out with friends more than before. New forms of entertainment develop rapidly. During Covid, people developed a new appreciation for senior citizens, but now there is a subtle undercurrent of resentment against the elderly. Young people feel that their hopes and dreams have been sacrificed to save a few octogenarians who, even in normal times, consumed a disproportionate amount of resources and produced little. In sum, solidarity in the general society means weakened solidarity inside the home and the “tribe.”

Artificial intelligence continues to develop rapidly, but remote learning has not replaced traditional schooling. A blended approach follows, which enriches education for everybody. Innovations like project-based learning and hybrid methods are now the norm. The rapid economic recovery has forestalled the collapse of the higher education system, but even so, many young people prefer to attend community colleges and cheaper alternatives that allow more flexibility.

As we enter 2023, the Dow Jones reaches 35,000 points and unemployment is back at 4 percent. Americans feel safer and optimistic. However, some worry how long this can last. Talk of a “bubble burst” and growing debt threatens the confidence. The planet, which has been neglected in favor of a speedy recovery, is taking revenge, and extreme climate events are now the norm. Many start to think that maybe we are having “too much fun.”